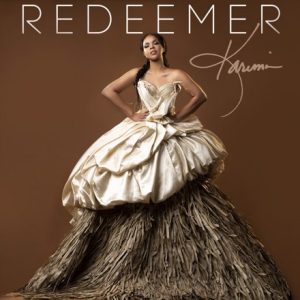 Celebrated vocalist KARIMA soars high claiming the Number 1 spot on several Gospel radio charts. The beautiful worship ballad KARIMA’s first-ever Number 1 song, “Redeemer” is #1 on the Gospel Airplay Chart, is the greatest gainer on that chart, and is #1 on the Mediabase Gospel chart.

“Just when you think it’s over it’s literally just the beginning. After being in the music industry for 25 years, I hoped and may have even dreamed of being in this position,” said KARIMA. “While I was contemplating giving up on music, God was waiting on me to recognize His ultimate plan for this season of my life… the plan was just to believe in myself and KEEP GOING no matter what that looked like to others or felt like to myself.”

She went on to say “I’ve learned in this process that His ‘no’ is even good. His ‘no’ doesn’t always mean things are permanently not going to happen. His ‘no’ in my situation simply meant not right now. Patience and perseverance was key. He’s a promise keeper and a restorer of all things good. Wow God.”

This rare feat adds to DARE Records’ latest string of hits marking the label’s third consecutive Billboard Number 1 song. Juan and Lisa Winans; “It Belongs To Me,” and “Jesus Will Fix It (Trouble In My Way)” from Shontelle Norman-Beatty both peaked at Number 1 last year.

Michael-Anthony “Mooki” Taylor, DARE Records CEO & Chairman, said, “so many wonderful pieces to this exciting story!” “Tara Griggs-Magee (Dare Records label president) signed Karima and her sisters in Virtue to Verity Records over 20 years ago. While I did a remix on ‘He’s Been Good’ in 2002. I also was writing and recording with Nicole C. Mullen for Carman in 1994.”

Taylor went on to explain the full circle moment “I signed Karima to DARE Records in 2020 the same week Juan and Lisa Winans’ ‘It Belongs To Me’ (feat. Marvin L. Winans) went #1 and we released the ‘Redeemer’ remake in 2021. Shontelle Norman-Beatty went #1 in September 2021. And HERE-WE-ARE. THREEPEAT! Like the 90’s Bulls!”

Best known for her musical success as co-founder and member of the enormously successful Gospel/Christian trio Virtue, KARIMA signed with DARE Records in 2021. While achieving success on the music front, KARIMA elevates her brand and business enterprises. In addition to the launch of THE SOUP CHIC, an online delivery service of homemade soup, KARIMA plans to launch a women’s athleisure brand called The KARIMA Brand. The fashion line will feature pieces for the on-the-go woman to go from the Yoga studio to the recording studio.